Tai-Phake, Khamti and Khamyang are some communities in Dibrugarh which represent Buddhist culture. These communities have integrated themselves with Assamese culture. 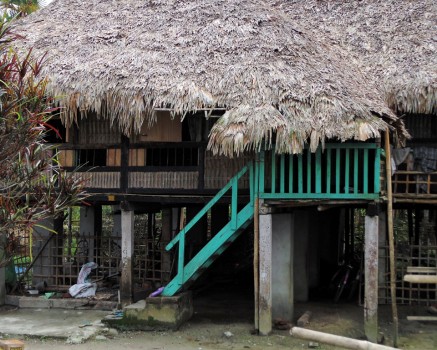 The Tai Phakes came to Assam in the latter half of the 18th century. They are called 'Phakial' in Assam and are believed to be immediate descendants of the Ahom race which ruled Assam for 600 years between 1228-1826 A.D. Tai Phakes settled in Moongkongtat in Arunachal Pradesh. In early 19th century, commander Chandra Gohain brought them to Jorhat district of Assam. During Burmese invasion of Assam in 19th century, the Phakials were ordered by Burmese authority to return to Mogoung (township in Kachin state of Myanmar). However, the Phakials went up to Upper Assam and settled on the banks of river Burhidihing (550 kms. from Guwahati).

'Pha' means wall and 'ke' means ancient or old. Descendants of 'phake' people are believed to be residing in Namphake village. There is a considerable population in Borphake and Tipamphake villages in Upper Assam too but majority are found in Namphake area.This village was established in 1850 A.D.

There are 600 members residing here and they have maintained their traditions and culture. They worship the Buddha and there is a monastery at the heart of the village. It comprises of Buddhist Pagoda, symbolic Ashoka Pillar, Chaitya Griha, water tank 'Mucalinda tank or Nong mungchiringta. The phakial people have festivals and dances of their own. They observe Poi-Nen-Chi in the month of March when they offer prayers to Buddha. Buddha Purnima festival is known as Poi-Nun-Hok which is celebrated to mark birth of Buddha. Pai-Kathin festival is observed in October when religious clothing/robes of maroon or red colour known as 'Kathin' are distributed to Buddhist monks.

Tai Phake are also known as Ohake or Phakial and they belong to the Tai-speaking tribal group which resides in Dibrugarh district and Tinsukia district of Assam. Poi Sangken is also an important festival and marks the beginning of New Year. Naun-wa is the period when no marriages or construction work is done and Poi Ok-wa marks the end of this period. Special dish khau-laam is prepared during Poi Mai-ko-chum-fai festival. Rice wrapped in banana or kau leaves, boiled vegetables, eggs. meat, fish, rice cakes, dry meat etc. are food items they love to eat. Tea is a favourite beverage. Tai Phake do not hunt animals.

Khamti or Hkamti Shan or Tai Khampti are followers of Theravada Buddhism and their mother tongue is Khamti language. They are peace-loving and practise agriculture. They grow paddy, mustard seeds, potato etc. They are also known for their craftsmanship.

They love to drink rice beer and enjoy dishes like khao puk (sticky rice), khao lam (bamboo rice), paa sa (fresh river fish soup) etc. Sangken is a major festival celebrated on 14th April. Procession is taken out with image of Buddha and drums, dances etc. and the festival carries on for three days with exchange of gifts. Married women wear a different dress to show their marital status. 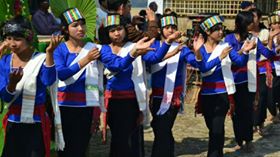 Khamyang or Tai-Khamyang's are also known as Shyam or Noras. This tribal community resides in Tinsukia, Sivasagar, Golaghat and Jorhat districts of Assam. The Khamyang follow Theravada Buddhism and also keep good relations with many other Tai Buddhist tribal communities in Assam.

Tais are believed to be of Mongoloid origin from South-East Asia. They are mostly settled on banks of Brahmaputra Valley - in Assam and Arunachal Pradesh. These may be Tai Ahom, Tai Khamyang, Tai Khamti, Tai Phake, Tai Aiton and Tai Turang.

Explore more about Culture in Dibrugarh