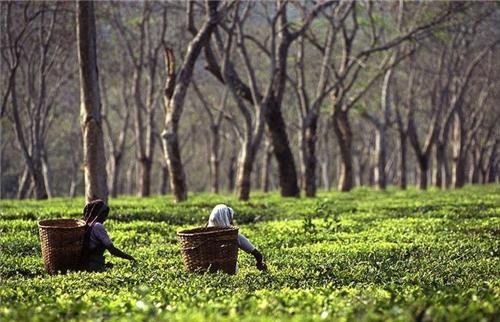 The city of Dibrugarh, which is the second largest city of Assam after capital city Guwahati is also the tea city of the northeast due o the large production of tea. The town of Dibrugarh is located in Upper Assam on the banks of the mighty river Brahmaputra flowing through the north western direction of Dibrugarh town. The town of Dibrugarh shares its boundaries with major cities like Sibsagar, commercial hub Tinsukia, and Dhemaji towards the northern, southern and eastern borders along with Arunachal Pradesh.

Dibrugarh has many tourist spots including wildlife sanctuaries, historic satras and beautiful tea estates. Tourists can also look forward to have a look at the tea gardens and tea estates like the Jalan South Tea Estate located in Dibrugarh. Some of the famous tourist places across Dibrugarh are:

The Jokai Botanical Garden and Germplasm Center, located inside the Jokai Reserve Forest is one of the major Dibrugarh tourist places. Apart from being storehouse of different flora species germplasm, it is also a treat for flower lovers. There are varied flower species, medical plants, beautiful orchids and many other plant species in the center.

This national park is located at a distance of 42 kms from Dibrugarh. The park is surrounded by Brahmaputra River and the Lohit and Dibru rivers. The Dibru Saikhowa National park is the largest Salix swamp in Northeast India with many tropical, deciduous as well as grassland forests covering the park.

The Koli Aai Thaan is dedicated to Koli Aai, who was the daughter of Dibaru Satra head priest. It is Koli Aai who kept the Satra alive by spreading the legacy and teachings of the Satra. It is also believed that Koli Aai possessed divine powers and later she vanished one day leaving the religious binding alive in the minds of the people.

The Lekia Chetia Maidam, which is located near Mankota road is dedicated to one of the greatest officers of Ahom kingdom.

The Garpara Satra is one of the oldest Satras and was headed by Narimaider. It is located in Rohmoria Mouza in Dibrugarh.

The Barbarua Maidam is located 14 kms from Dibrugarh town towards its southern side near NH-37. The maidam has two ancient graveyards of Ahom Dynasty officials with smaller maidams of soldiers located nearby.

Dibrugarh town has a number of shopping markets and malls where tourists can shop for local artifacts as well as other commodities. Malls like Sohum Shoppe, Junction Mall and Vishal Megamart among others are also located in Dibrugarh. There are also many stores of leading brands located across the town of Dibrugarh.

Dibrugarh town has a number of luxury hotels and accommodation lodges where tourists can look forward to have a comfortable staying experience. Some of the hotels in Dibrugarh include Hotel Rajawas, Hotel Natraj, Hotel Devika among others. These hotels also have good food arrangements with restaurants for the benefit of the tourists.